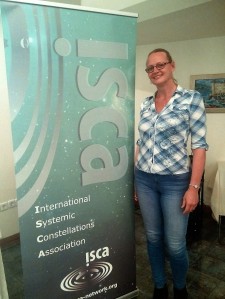 When I came to the U.K. in the beginning of 2005, my intention was to become a full-time therapist. It took me 10 years to fulfil this dream and am now in my second year of self employment. In August 2015 I handed in my notice and dedicated my time fully to growing this business that is called “Silvia Siret – Clarity Coach”.  Around May 2015 I was invited to join a systemic constellators’ peer group in Oxfordshire my social networking had finally paid off. When I first met the others and saw them working, I was in awe of the variety of styles and competence that was in the room, I also felt very warmly welcome and accepted. This was a totally new experience for me, as I had never been part of a group of constellators before. It took me 3 or 4 meetings (that’s about half a year) before I dared to facilitate a constellation for a peer, and, boy was I nervous, but I did well. During the next few meetings I became more courageous and after facilitating one in July 2016 I had fully earned the respect of my fellow constellating friends. That felt so amazing – finally being part of a  professional community; and my loneliness in the constellations world had come to an end. As numbers were going down, we decided to end the peer group; and from then some of the eyes were on me to create a new group (more about that later).

What I also had started looking into is the “Intention Method”, a new branch of constellation-like facilitated work that was developed by Professor Franz Ruppert. I did this with the lovely Alexandra Smith (peer group member, UK), who offers regular workshops and teaches a great deal about trauma as well. I find this work interesting – a different approach, but using similar ‘tools’, and equally intuitive and individual as its facilitators. I haven’t quite worked out the fundamental difference between constellations and intention method. But I’m sure I will at one point, as I’m planning to learn more from Alex. 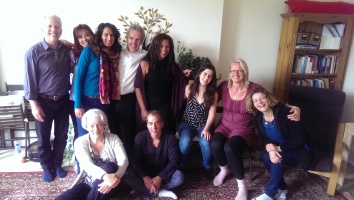 Through the peer group I found out about Yishai Gaster (Israel), whose workshop I attended in London. He demonstrated how to work with “Chaos” and “Deep History”, but I also got huge insight into working one-to-one with floor markers. On that weekend I met the lovely Anu Azrael (London) and Ivana Markovic (London). 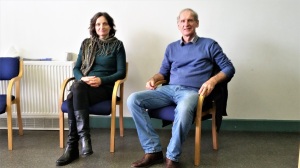 Soon after Ivana invited me to a workshop weekend with Max and Alemka Dauskardt (Croatia) and I was witnessing those two amazing souls at work. This, by the way, was the weekend I found out about ISCA (of which Max is one of the board members) and became a member very soon after. I went to their International Gathering in Zagreb, Croatia, in September 2016. Again – a very warm welcome from about 60 to 80 fellow constellators over 5 days of workshops and meetings. 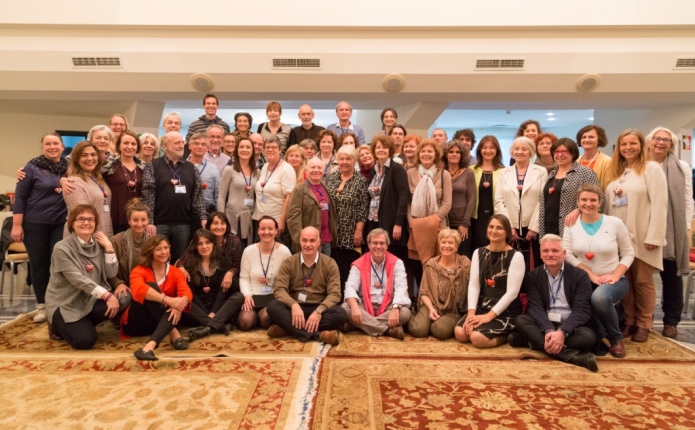 I was one of them. That feeling … that I finally belonged, that was filling my whole being with excitement, warmth and comfort. I had the opportunity to observe internationally well known facilitators, like Cecilio Fernandez Regojo (Portu 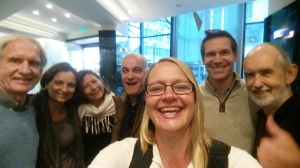 gal), Leslie Nipps (California), William L. Mannle (Connecticut), Anngwyn St Just (Arizona) and Marianne Franke-Gricksch (Germany). I can’t even put into words how much I learned from them and a few other fabulous people over those fantastic days in Zagreb. I made new connections, and I stayed in touch with some of them. Wonderful!

Just a weekend after I watched the fantastic Stephan Hausner (Germany, “Even if it costs me my Life”) in London, where I learned so much again and decided that he is a great role model (he works with people who present with physical or mental illness). I’ll attend another workshop with him in March this year, which I’m really looking forward to.

I had been facilitating workshops and one-to-one sessions between 2005 and 2015, during which I still mainly worked in Admin. But I had lacked learning from others than my early teacher, and work was not going well enough to support me financially. A client here, a workshop there, never enough feedback to really reflect. Now, with this new energy and sense of belonging, I started to attract a few regular clients and began to offer 1-day workshops fortnightly.

Since, I’ve been reflecting on 2 challenging feedbacks that I have received over the last 6 months. It’s hard to be challenged, but it’s also hugely rewarding as I really listened and put things into perspective. Both had one criticism in common: that I assumed something and didn’t check in with them and led their constellations in the direction I felt was right. As a constellations facilitator I work with my intuition; so, there is no measure that affirms why I should go this or another way. Only through constant rapport between me and the issue holder can I be sure to properly serve them. In the early days, when I learned the technique, I was very directive, and I followed my own ideas and looked more to what was emerging from ‘the field’. Now this has fundamentally changed, and I listen very closely to my clients and let them lead their own constellations. I do offer interventions and elements from Psychodrama and Gestalt, but only when I feel that the client (issue holder) is stuck in an unhelpful pattern or thinking process, or if they remember a trauma and get fearful and anxious.

Last but not least, during the last 1.5 years I’ve done so much constellation work, either actively or passively, that I feel I’ve gained more experience during this time period than in the hole 10 years before, which is just what I needed to kick-start me into the next venture: OxISC (The Oxford Initiative for Systemic Constellations), which I founded in order to bring together peers again and to offer developmental workshops for facilitators.

The first event under OxISC’s wing will be a 2 day workshop for facilitators with Anngwyn St Just on Trauma & Constellations on 1st and 2nd July this year. I’m very excited about her agreeing to teach us her wisdom and technique. So, these days I’m busy setting up the OxISC website and organising this event.

The feedback after my last workshop (19th Feb 2017) shows how much I have transformed (at least to me it does – haha), so here comes the shameless self-promotional bit:

“Silvia is very natural and supports the space with strength and safety. She has wonderful intuition and instinctively and seamlessly moves the issue holder through their process, whilst ensuring they always act and move forward from their own place. As an issue holder I gained incredible insight into what lies behind my issue and I am able now to address this and move forward with my life. I wholeheartedly recommend Silvia if you want to understand a difficult situation better and find a way of resolving or gaining a different , more helpful, empowering perspective.” (Linda, Nursery Nurse)

“What a wonderful experience! Didn’t know what to expect, but it was an amazing day. Full of Emotion, realisation, empathy, in such a supporting and warm atmosphere. My fellow ‘issue holders’ were so supportive in channelling their roles as we played out each issue. I feel exhausted but cleansed and ready to go. Thank you, Silvia!” (Donna)

“I’d like to thank Silvia for holding this workshop. I felt so supported and Silvia created a safe space so I could express myself fully. It’s difficult to put into words exactly what my experience was like; this is such profound work, so it’s something I recommend trying out for yourself. If you’re looking for a deeper understanding of yourself and your life, a divine connection with others and seeing your life or an issue from another perspective, then this workshop is for you!! I would highly recommend working with Silvia, she is a beautiful soul, caring, understanding, non-judgemental and humble. I feel huge shifts already happening within me from today and I can already feel the healing process taking place.” (Amanda, Reiki Practitioner and Artist)

This is beautiful feedback, and I do feel proud to have become this Facilitator who people trust and who is starting to make a name for herself.