An interview with a colleague

Zita Tulyahikayo is a peer in the world of Systems Constellations, and I first came across her on Instagram; later on LinkedIn. The way she uses words to get me thinking is what fascinates me. An example from her repertoire:

“A victim identity is the belief that other people and what they did/do to you is responsible for who you are now, for your emotional pain or your inability to be your true self. The belief of the victim is that the past is more powerful than the present, which is the opposite of the truth.“

She speaks to the healthy part in me and in that way helps me get unstuck; I suck up every word she speaks. A while ago, at OTS-Oxford Therapy Centre, which I pride myself to be a member of, I attended a class on “White Fragility”, which got me started on contemplating racism and my whiteness. Soon after “Black Lives Matter” was all over the press and social media, and just recently, a bunch of football fans dissed the coloured members of the England team (and – of course – a lot of racism-themed articles in the press in between those events).

I witnessed Zita speak about her family, mixed heritage and culture during a masterclass, offered by the Centre of Systemic Constellations London about a year ago. She addressed ‘racism’ in a way I had never seen before; she made me feel at ease thinking and talking about it, but she also gave historical facts that opened my eyes to a whole new dimension of ‘the movement of racism’. As a systemic thinker she has interesting insights into the matter, and I believe Zita’s wisdom and way of using words is fascinating and compelling.

I’m not a professional in the world of podcasts, and I’m not what one would call a great interviewer. But Zita excels as an interviewee and makes this session one worth listening to. Please, also excuse the quality of the video, as my equipment is very basic, living on a boat, and my WiFi connection wasn’t the best either due to the hot weather (my roof receiver was overheated).

If you want to know more about Zita or want to get in touch with her, please go to her website: http://lifetherapywithzita.com

Zen Priest Michael Pockley talks with me about Zen, Consciousness, God and how to get to a place of love.

Michael was my Zen meditation teacher before we became close friends; we’ve known each other since 2006. He is still my go-to person when my mind is in a pickle about something. I always find myself in a more peaceful, clearer place when I’ve talked with him. He has written several books, which you’ll find on Amazon. And he’s a painter (see link below).

Please excuse the background noise – Michael said he couldn’t hear it; it might be a noise from the ether coming through. Lack of professional gear 😉

If you want to get in touch with Rev. Michael Pockley, MA, PGDip, PGCE:

or email him at pockley@gmail.com 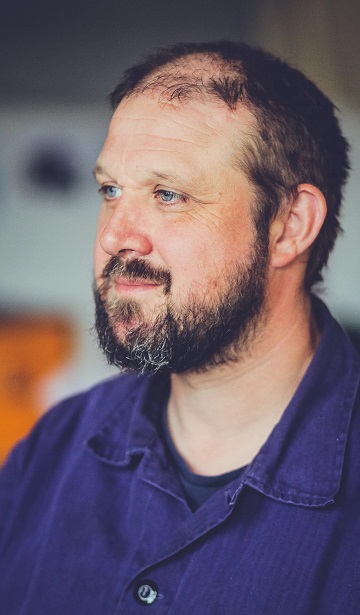 I want to create awareness of The Feldenkrais Method, because it has been helping me to rearrange my body in a more healthy way, creating healthier synapses in my brain with regard to how I use my body more efficiently, and healing my nervous system with the power of my mind. I’ve been taking my lessons with Ed Woodall, actor and international Feldenkrais teacher. Together with an international bunch of peers, I am enjoying my Feldenkrais sessions very much, as they are honestly more relaxing than challenging.

Because he is such a great teacher, I decided to interview him and use this interview to add to my podcast. This is my maiden interview, so, please forgive me for my non-professionalism and casual way. I’m nevertheless absolutely certain that you’ll enjoy these 50 minutes very much.

I hope you enjoyed this.

If you want to get in touch with Ed Woodall, please go to his website A Sense Of Movement. Please feel free to comment and like.

Do let me know your questions and themes you’d like to know more about in the comments below.

Wishing you All a wonder-full day,
Silvia